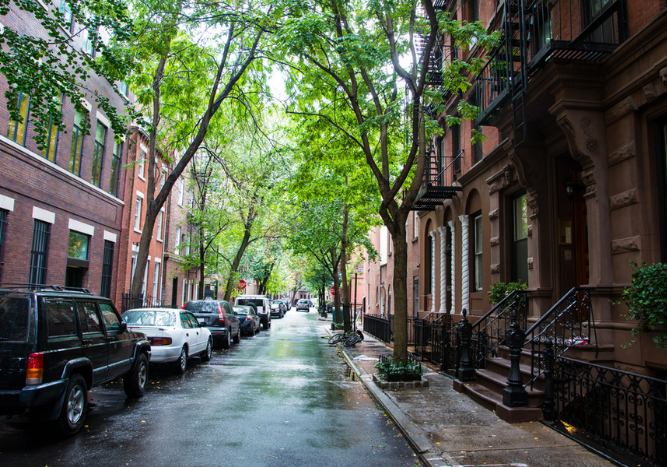 Famous townhouses and the personalities who chose them

Townhouses are perhaps the best solution for city living, allowing you to enjoy all the advantages of a house in the suburbs, and offering you, at the same time space, comfort, independence, intimacy, but also a community bound by shared interests.

Although in Romania we do not have a track record of this type of housing solution, in the great European capitals and big American cities townhouses are not only present in large numbers, but also very sought after.

10 Downing Street, one of the most important urban houses in the world

10 Downing Street, simply known in the UK as Number 10, is the official residence and office of the country’s Prime Minister. The most important decisions affecting Britain for the last 275 years have been taken behind its black front door, but also numerous decisions that set the future of the entire world. For example, the strategy of the United Kingdom in the two World Wars was agreed upon in the elegant downtown London house.

Robert Walpole, Benjamin Disraeli, David Lloyd George, Winston Churchill and Margaret Thatcher are just a few of the great politicians that chose to live in the townhouse, or terraced house, as the British describe this type of construction. We are saying “chose” because the prime minister is not required by law to live there, but rather he or she is offered the privilege to do so, if they want to.

On many occasions, its threshold was crossed by the Queen of Great Britain and by other important guests, politicians, diplomats, celebrities, and prominent personalities from all around the world.

The building is much more spacious than its facade indicates, incorporating over the centuries the surrounding houses, 11 and 12 Downing Street, to which it is connected through a corridor. The building includes about 100 rooms and is a classic example of Georgian architecture. The prime minister’s private residence is located on the third floor of the house, and the kitchen is in the basement. The rest of the house includes offices, conference rooms, reception rooms, etc. Behind the building there is an inner courtyard and a 2,000 m2 garden.

Anna Wintour, artistic director of Condé Nast mass-media group and Vogue’s editor-in-chief, chose to live in a 368 m2, 4-floor townhouse located in the MacDougal – Sullivan Gardens Historical District. The MacDougal – Sullivan Gardens community is famous in Greenwich Village, New York, and is formed out of 21 rowhouses that share a large interior courtyard shaded by maples, sycamores and elms and surrounded by an English-style hedgerow.

Anna Wintour joined, in 1992, the small community that was at some point in time home to members such as Bob Dylan and Richard Gere.

New York does not lack luxury real estate, but few can boast with both a private garden and access to a communal garden, which shines with fireflies during the summer nights.

The residents talk about “the secret garden” of the MacDougal – Sullivan Gardens District, that offers them something so rare for a big city, such as New York: a community where children can freely play with one another, protected by the outside world, a place where neighbors meet and stop for a chat.

When you say brownstone, you inevitably mean New York and the stylish houses on the streets of Brooklyn and Manhattan. The historic properties, with their distinctive reddish facades, are coveted by celebrities, business moguls and politicians, offering their owners large spaces, tall and bright rooms, a lot of comfort and a good location, close to the city’s landmarks.

Liv Taylor counts herself among those who call “home” a townhouse in the West Village. In 2001, the actress bought the 4-storey historic house on West 11th Street and renovated it, keeping its unique style. She liked this housing solution so much that she also chose a townhouse for her London residence. However, the beautiful house in New York remains her favorite. Why is the actress so fascinated by this building? Because it allows here to be close to everything she likes, to her favorite restaurants and places.

Bradley Cooper also owns townhouse in the West Village, which he bought in 2018 for $ 13.5 million. The 5-storey house has between 4-6 bedrooms, 4.5 bathrooms and a private garden. The actor invested in its restoration and renovation, turning it into a smart home.

Director Sofia Copolla, Brooke Shields, Maggie Gyllenhaal and Peter Sarsgaard, Sarah Jessica Parker and Matthew Broderick are just a few of the stars who chose to live in townhouses, considering them an oasis of comfort and tranquility, in the middle of a city that never sleeps.

Townhouses are one of the hallmarks of Avalon Estate. At the crossroads between a detached house and an apartment, townhouses skillfully combine the best of each. This makes them ideal for an active family, which needs space, but prefers to waste as little time as possible on upkeep and maintenance.

Want to know more about Avalon Estate’s Townhouses? Fill in the contact form and we will come back with details.

This site uses cookies to improve the user experience, for marketing and statistical purposes. Select Accept cookies if it is OK to use them. Select cookie settings if you prefer to choose the types of cookies used. You can change your preferences at any time. Just click on the "Cookie settings" link at the bottom of the home page. If you want to know more about the cookies used, read Politica de Cookie.

Cookies are small text files that can be used by websites to make their use more efficient, to analyze the audience, retain user preferences or for marketing purposes.According to the law, we may store cookies strictly necessary for the functioning of the website, without your prior consent . For all other types of cookies we need your permission.
This site also uses analytics and marketing cookies, some of which are placed by third party services such as Facebook, Google, Taboola, Pubmaticand others. Putwti learn more about the cookies placed through this website by going to cookies policy.

You can change or withdraw your consent to cookies on our website at any time by accessing the 'Cookie settings' button at the bottom of the screen.
Necessary Always Enabled
The necessary cookies help to make a site usable by enabling basic functions such as page navigation, retention of the cookie Agreement and access to secure areas on the site. The Site cannot function properly without these cookies.
Marketing

Marketing cookies are used to create a profile of interests and to display personalized ads on other sites. These are placed by third parties such as Facebook, Google, BidSwitch, Taboola, PubMatic and other third parties mentioned in cookies policy .

Statistics
Statistics cookies help website owners understand how visitors interact with the website and know the characteristics of the audience by collecting and reporting information in aggregate.
Save & Accept